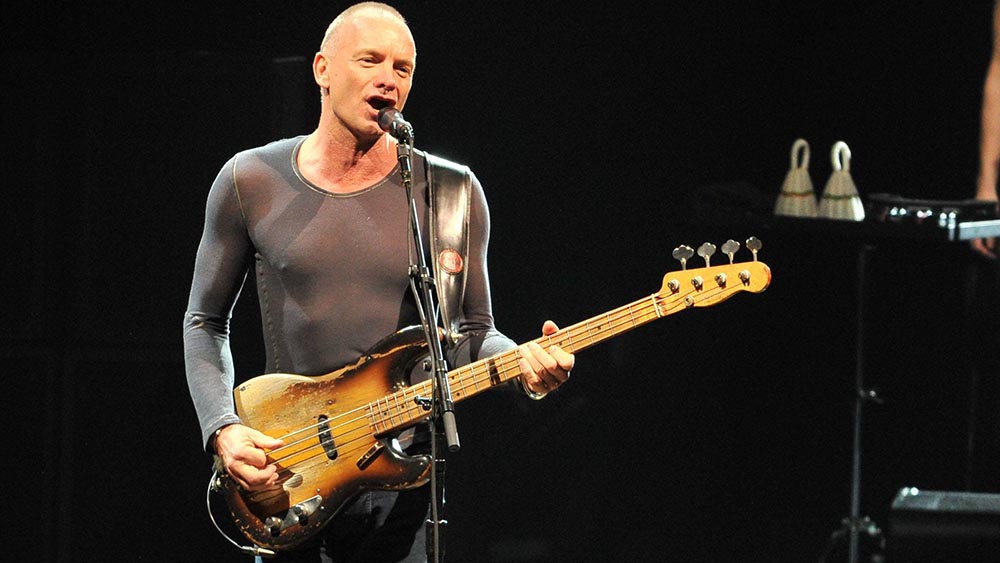 Every musician dreams of reaching the point where they have complete musical autonomy. One such musician who actually achieved it is Sting. Post his incredibly successful career with the Police he got himself a Sh*t hot band of American jazz musicians and effortlessly reinvented himself. In the process he created some of his best work (IMHO) and I've covered a few of them!

His first solo album, 1985's The Dream of the Blue Turtles, featured jazz musicians including Kenny Kirkland, Darryl Jones, Omar Hakim and Branford Marsalis. It included the hit singles "If You Love Somebody Set Them Free" and "Fields of Gold" which I have both covered. Fields of Gold is the other single from Ten Summoner's Tales, Sting's fourth solo studio album released 1993

Everyone loves a wistful ballad and this is one of the best. Sting has written several landmark tracks and this one must be up there in the top three, along with 'Every Breath You Take' and 'Roxanne'. I haven't tried to jazz it up much, keeping the rock feel.

Every Breath You Take

I've had this track on the back burner for years. It's such a brilliant track and I wanted to do it justice so it has gone through a number of versions to reach this point.

I knew I wanted to throw in some jazz chords and slow it down, which is what I did, but I had to wait until I had learnt enough to formulate a decent production.

This song was such a big hit and is one of the most sampled tracks ever.

The moral of this story then is... All things come to those who wait.

Every Breath You Take Sheet Music

Every Breath You Take sheet music (arranged by Benny Sutton) free to download.

An Englishman in New York

This is another Sting song I play mostly on guitar but hand over the chorus to trumpet. Don't miss the use of the "whammy bar" on the solo!

The "Englishman" in question Sting refers to is the famous eccentric and gay icon Quentin Crisp. Sting wrote the song not long after Crisp moved from London to an apartment in the Bowery in Manhattan. Crisp had remarked jokingly to the musician "that he looked forward to receiving his naturalization papers so that he could commit a crime and not be deported."

If I ever lose my faith in you

This is another Sting song I use an unusual instrumentation on, with fretless bass doing all the heavy lifting on both the main melodies and then the solo. I play only adlibs on guitar during this track, you can tell as early on as the intro it is very Steely Dan/Larry Carlton!

This track is written by Sting of course during his early solo career away from the Police, so early nineties. It was the second single from his album Ten Summoner's Tales and was released in 1993

If you Love Somebody

This is one of Sting's classic tracks with a lyrical sentiment; if you love someone set them free. My version is an instrumental so concentrates on the melody. If I say it myself there's a scorching heavy rock guitar solo that makes the eyes water and reminds me of my blues roots. I was experimenting with some new software and found just the right setting for this tone.

If You Love Somebody Set Them Free is the first single released from Sting's solo debut album The Dream of the Blue Turtles. He's a sly jazzer and had a great band at the time of this post-Police comeback.