The secret of the Steely Dan Guitar solo 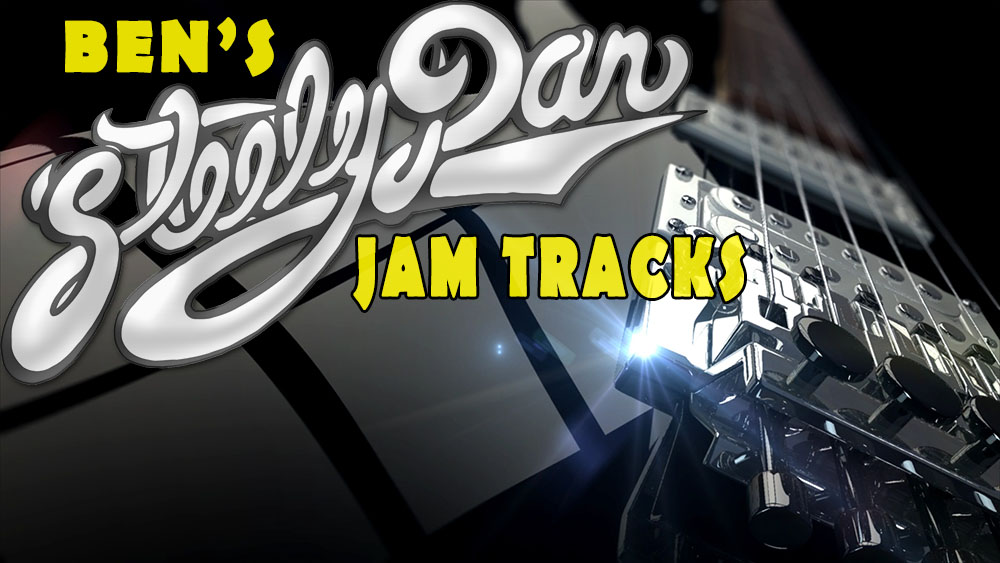 Guitarists love Steely Dan because they integrated the instrument into their studio productions so beautifully. In the process they gave the world at least 10 of the top 50 guitar solos of all time!

What's the secret of a Steely Dan guitar solo? It should be perfect, not just technically but feel as though it always existed - the guitarist just found it hanging in the ether!

Steely Dan is Walter Becker and Donald Fagen plus the top session players of the day. Their rosta of great guitar players includes Larry Carlton, Dean Parks, Lee Ritenour, Denny Diaz, Jay Graydon and many more. Their production strategy was to only accept the best and ruthlessly reject the rest.

Each track often has many perfectly good solos by different guitarists (like Larry Carlton, Lee Ritnour etc.) but only one made it. Such care for the listener is just rare. As Dean Parks commented "if it wasn't working on a track, the next day you wouldn't just be replaced, there'd be a whole new band in the studio. "

There is a distinctive sound common to all Steely Dan guitarists; it's tough to analyse. You have to be technically brilliant of course but beyond being a superb technician isn't enough - you must make it sound spontaneous and effortless. Usually you can't play flat out all the time, only slip effortlessly into top gear no more than once every four bars. This means light and shade, but also subtlety and nuance too. However, many of the best Steely solos have a lot of notes and not much silence between them e.g. Kid Charlemagne and Reelin' in the Years. It's all about feel and being on the right (Becker & Fagen) wavelength.

TBH I don't think you can critique the Steely Dan Solo because each one is hand crafted, not formulaic. Each one has a whiff of magic. Take Peg for example. See the documentary "Great albums, Aja" on YouTube . They pull the sliders up on five great solos, and I mean really great solos, that didn't make the grade. Jay Gradon walked in and put down the solo we all know and love in one take! Well I say one take, they apparently spent a few hours honing it. But the point is you know the ideal solo when you hear it not just intellectually but emotionally too. I know, I'm getting a bit airy fairy now so I'll shut up!

To be a Steely's rhythm player was just a difficult; you had to be the best of the best, just like the soloists. There are lots of chord changes, lots of complex chords and voicings.

The one guitarist to stand out for both rhythm and soloing is Larry Carlton. Fagan said "if the Royal Scam was the ultimate Steely Dan Guitar album it was because of Larry Carlton". Larry claims that, on the first session he did for them he asked why they had chosen him. Becker replied "I wanted to meet the guy who made Joan Baez sound so good" (a recent session he had done).

Larry said he once asked his guitar hero (whose name escapes me) why he sounded so good and was told "Because I play like an arranger". Larry has certainly been consistent there and we can all learn from that, for any solo instrument. Incidentally he was the main arranger on their best albums. He'd take down the notation off their demo tapes and be the guy in the studio who could help the other session guys with chords, changes and the like.

I've always wanted to be a Steely Dan guitarist. So Donald, Call me!

OMG! in no particular order...

Want to know who played those solos? go to this list of Steely Dan Guitarist Credits