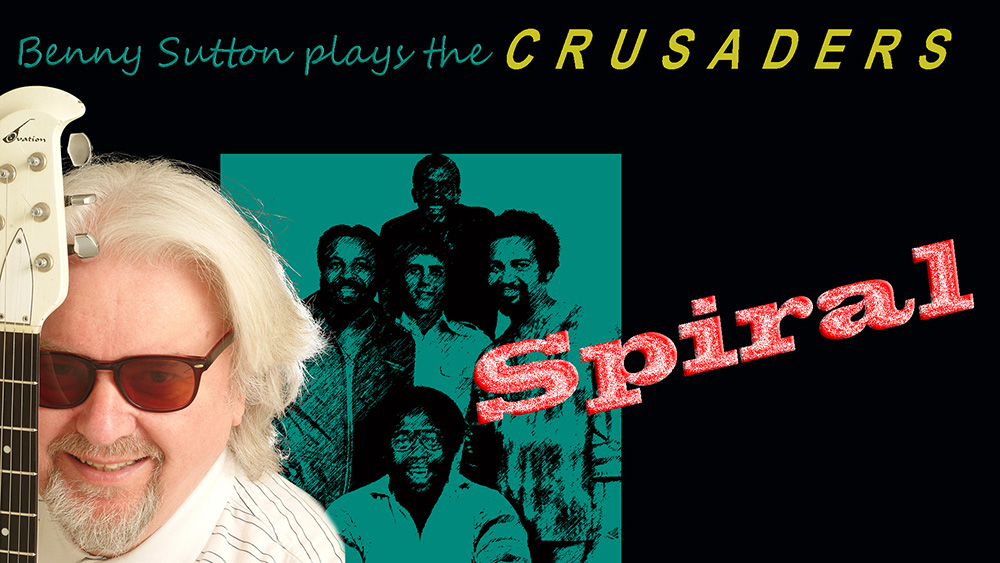 Anyone who knows who Larry Carlton is knows it's a brave guitarist who takes on his music. You'd better be good! You ain't gonna outplay him so you should try your own interpretation. After all,  nothing is ever as good as the original. Search U tube if you want to see people playing Larry's solos note for note!

Why am I attempting a track by my guitar hero? Well, these tracks are a joy to play and because I had such difficulty find a horn player to play on my Miles Davis collabs; in fact I couldn't find anyone, they all 'chickened out'. I don't blame them - Miles has big boots to fill. The equivalent mountain to climb for a guitarist is Larry Carlton - he's only the World's best guitar player. I'm doing this track to prove that you can put your own interpretation on classic music; if you show some backbone!

Rio Samba is another one of Larry's seminal tracks. It was track 5 on his first solo album.

I love the key changes in this song; if you can keep up with them they are great to solo over. Larry's version had a blistering solo, which I haven't sought to recreate. My solo is from the school of Steely Dan solos; much slower to be more melodic. I didn't try to copy Larry's inflections on the main melodic theme either - like I say, visit Youtube to see other guys doing that!

Room 335 is Larry's seminal track. It was track 1 on his first solo album. I remember driving along the south coast of Cyprus with this track (on cassette tape) blaring, the sun shining, all the windows open. It doesn't get better than that!

Larry had a tougher tone on his guitar back then. I've followed him over 30 years, though his acoustic stage, watching him mellow. I went therefore for a cross between the two; modern smooth jazz sound and (struggle to find) some youthful arrogance!

Room 335 has as many chords as a Steely Dan track. In fact quite a few of them come from the Steely's track, Peg. Larry quips "ah, but they did it in a different key".

Anyway, I think this track is magic and I hope I've squeezed a bit of it out - enjoy.

Ah Larry. The reason I gave up playing the guitar. Unless I could do it that good I didn’t want to do it at all! But he's also the reason I took it up again 20 years later!

I remember seeing him in the 70’s playing with the Crusaders at the London Apollo. He was this young white guy with long hair a smile on his face blowing a storm on his Gibson 335 surrounded by a band made up of Giants in the Jazz world. What’s more, these guys knew how good he was, they let him take most of the solos. It was faultless lead guitar playing and everyone else in that hall knew how special this was. Not feeling upstaged, just go on Larry, play it man! I have never been so captivated by any performer before or since.

I saw him in again twenty odd years later in Manchester in 2000 with Fourplay. They knew who was boss too. Same smile, same 335, less screaming guitar sound but just as hot.

In between I have followed him through Steely Dan and all the other sessions he did. Virtually single handed has so much influence on the standard of guitar sound of quality American rock/jazz/blues since 1970. Emmy award winning solo albums. This guitarist has everything everyone else has plus. He’s got feel, technique, melody, and taste. He does smooth jazz. As long as he doesn’t sing again (sorry Larry) I’ll keep buying his CDs.