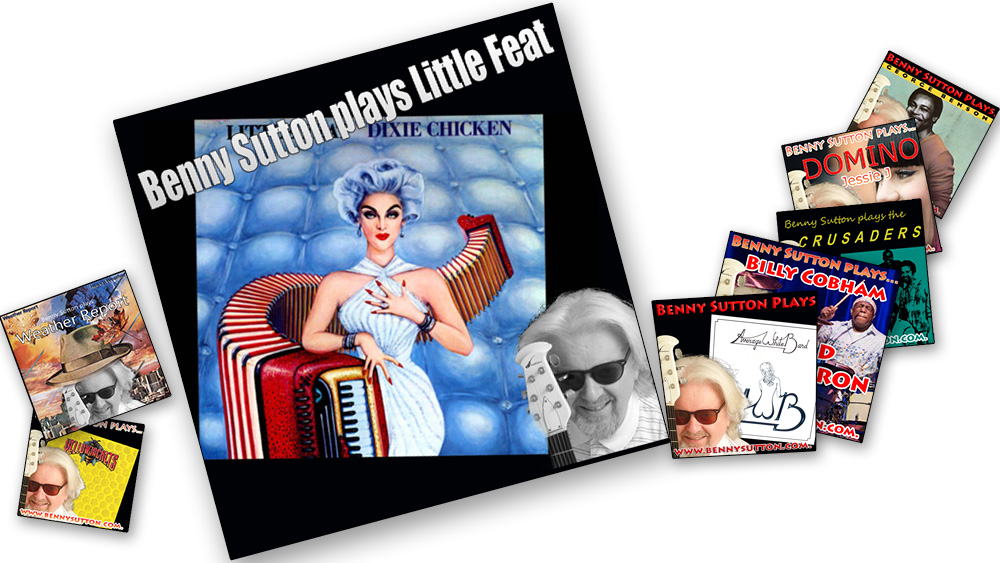 The Little Feat song Willin' means so much to me I've always wanted to record it. It's my generation's 'My Way' - a statement of resilience for the human spirit. I'm no singer but I sing on this one exactly because it is so personal to me on the soundtrack to my life!

The Late Lowell George, who wrote Willin', was playing with Frank Zappa when he wrote it. Legend has it that he took the song to Frank for his band to play. Frank's told Lowell that Willin' was such a great song he should form his own band. He took Frank's advice and formed Little Feat and the rest is history.

Lowell played slide guitar like no one else. Maybe Derek Trucks has more technique, but he 'don't get down' like Lowell. Lowell used a 1/2" socket from his socket set rather than a bought slide, and why not, it's in the garage!

Neither of them made it onto this list proving peole who write lists are twats!

Country is not a genre I usually play but a great song like Willin' transcends genre. Anyway, Little Feat are in the same category as Lynyd Skynyd; they played southern rock even if they were a California band.

Little Feat are up there with Steely Dan in my list of fave bands. They come from the same era (70's) and like the (early) Dan were great live. I saw the remnants of Little Feat play a couple of years ago. They had a different line up of course. Lowell is long gone and it's a testament to him and his songs that they could carry on. I'm pleased to say the new Little Feat has Bill Payne, Sam Clayton and Martin Barre from the original band and have managed to keep the Little Feat sound and spirit alive. Go see them, I'll refund your ticket if you don't like 'em - you will!