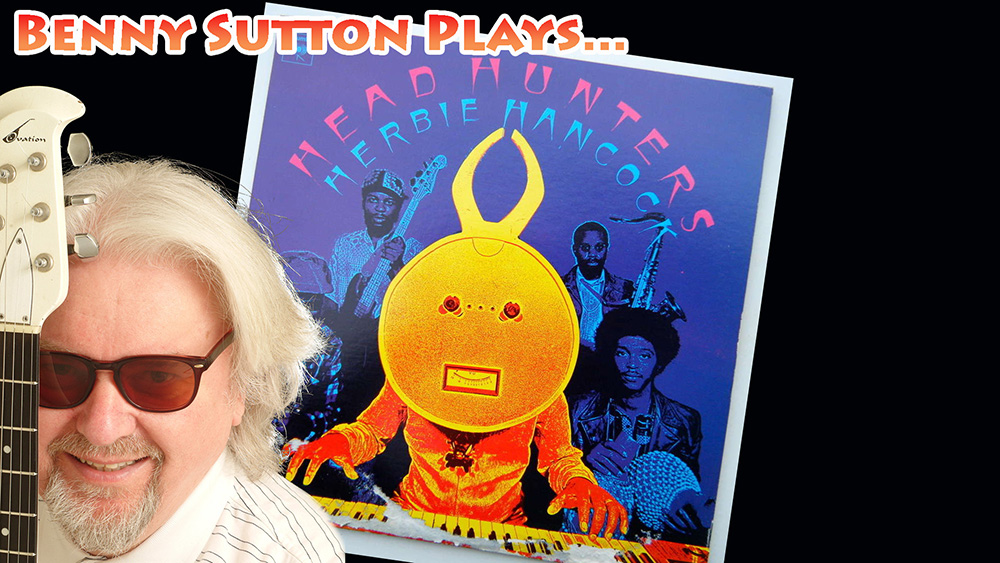 Back in the late 70's keyboard synthesisers had only just been invented, let alone mass produced. Very few producers or musicians had the vision as to what to do with them. There were only a few; in the pop field Italian producer Georgio Moroder crossed over electronic disco with R&B to get that great sound of Donna Summer.

In the R&B and jazz fields Herbie led the way with synths. Because he went electric he was accused of selling out by the jazz critics (hell, what do they know!) but he didn't blink. He put together a band he called the Headhunters and blew us all away. Herbie not only created the genre of Jazz Funk he was instrumental in the history of Hip Hop.

I'm not kidding when I say Chameleon is a seminal track. It influenced Everything that came after it.

Plenty of other of my Soundcloud buddies have done versions of this track: a funk version by Danielle Petrochi, a version by Moody Mo with the great Michel Martineau on clarinet.

So, why did I feel the need to do a version too. There are as many different approaches as there are covers. A record exec once told me that a great song can be played in any era in any style and still sound great.

I'm starting with the idea as a homage to Herbie and this track as a musical landmark in a different way.

I was messing about with the riff (yes, THAT riff) and found a Dubstep bass line that sounded great with it. I know, my scientists have aready ready mathematically proven that the synth bass line in this track is the all time best synth bass line, in the whole World, Ever! So I was messing about with it at my peril. It was either madness or downright sacrilege. It was either going to work or it would be awful, sort of like Marmite!

I think it turned out rather well so I thought what else could I do that Herbie never had access to? I bought myself a VST for Dubstep, Jungle, House and other EDM flavours. I hooked it up to the horns and the drums to create those great stutters found in Dance music today. Of course Herbie pioneered scratching so I threw in a bit of that.

And what about a bit of rap? Hemanifezt threw down a rhyme called Kingz and Sirez.

My lead guitar is not featured on this but you could say there is a rhythm guitar solo!

Is the result a bad experiment? Is it sheer bliss? You choose. Leave a comment, positive or not!

Rockit is the first recognized popular single to feature scratching and other turntablist techniques, performed by GrandMixer D.ST - an influential DJ in the early years of turntablism.

Some years later turntablists such as DJ Qbert and Mix Master Mike cited the composition as 'revelatory' in the documentary film Scratch, inspiring their interest in the instrument. The single was a major radio hit in the United Kingdom and a popular dance club record in the United States.